From the CTKG Cabinet: Olivia Speaks at the Juneteenth Bill Signing

Hello 5th graders of Connecticut! My name is Olivia and I am a member of the 2022 Connecticut Kid Governor's Cabinet with the platform of Child Food Insecurity.

In my recent blog post about my visit to the Capitol, I talked about meeting my state Representative Anthony Nolan, and how I got to sit in his chair in the House of Representatives Chamber. Shortly after that visit, Representative Nolan reached out to me and my family, asking if I would come to speak at a bill signing that Governor Lamont was planning to do in my hometown of New London.

The bill that the Governor was going to sign was about Juneteenth, which is a day that commemorates the ending of slavery in the United States. It was recognized as a federal holiday in June of last year, and the state legislature passed a bill recently that would make Juneteenth a state holiday too. The holiday is observed on June 19th.

I was honored when Representative Nolan asked me to speak at the bill signing. I wrote my speech and went to the event, which was held at the Waterfront Park in New London. Everyone there was so nice to me and gave me tips on how to give my speech. 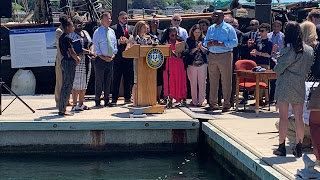 I spoke in front of the crowd about what Juneteenth is, some of the history around the holiday, and the need for students to learn about the importance of the holiday. I also got to go onto the Amistad ship (behind me in the video).

Note from the staff of the Connecticut's Kid Governor program: The Amistad carried Africans who had been captured and sold into slavery in the 1830s. On one of the voyages of the Amistad, the imprisoned African men and children managed to take over the ship and sail it to Long Island Sound.  Eventually the Amistad and the people on board were brought to Connecticut, and the arguments over whether the Africans were legally enslaved were tried in Connecticut's courts. You can learn more about the Amistad story here, or you can visit Connecticut's Old State House (where the Kid Governor and Cabinet meet) to see the Courtroom where the trials began.

Speaking at this bill signing was such an amazing experience, and I wouldn't change it for the world. You can learn more about the bill signing in these articles from the CT Mirror, The New London Day, and WSHU, or watch video coverage of the event by the Connecticut Network and WTNH. 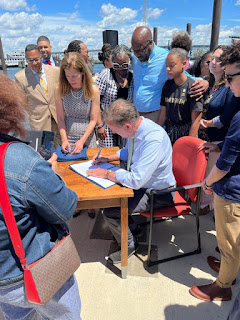 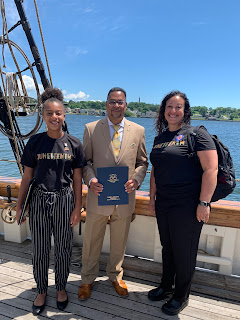 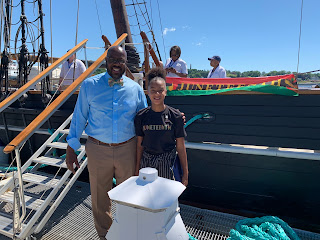 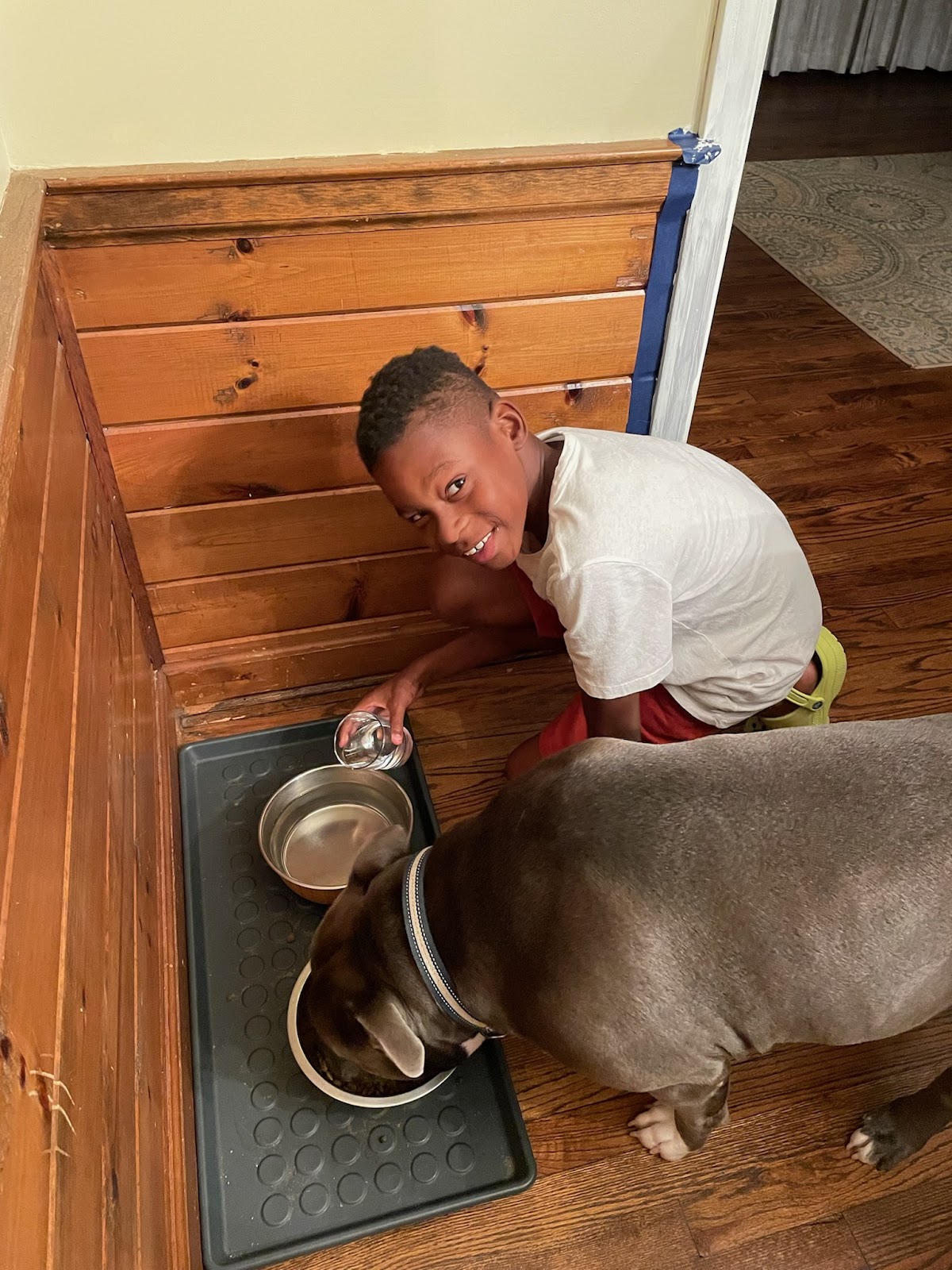